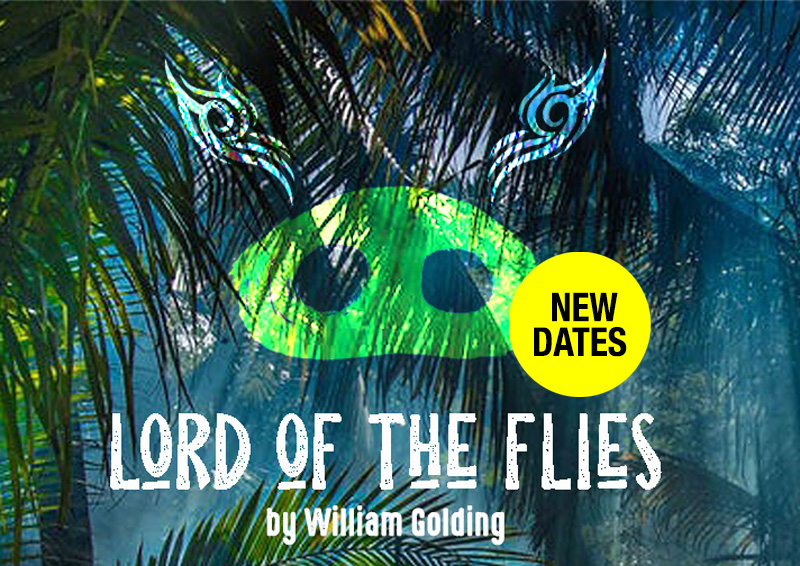 We are excited to announce NEW SHOW DATES for Lord of the Flies. It will now perform twice on Saturday 18 September. 2pm Matinee and 7pm Evening Performance. The venue is still LAF Lyttelton, but remember tickets are limited to 50 people per performance. BOOK NOW!

Those who previously booked should have already been emailed by Eventfinda Ticketing directly to confirm you are still able to attend one of the new show times.

Ao Tawhiti Unlimited Discovery School Senior Drama presents William Golding’s famous play, Lord of the Flies. A plane wreck strands a group of students on a deserted island during wartime. As they slowly explore their newfound freedom, what starts out as fun and games turns into a vicious battle for power when the groups split into two opposing tribes: one that strives for civility and another that delights in savage violence. The competition escalates into a dangerous, frightening climax, as this thrilling classic looks into the darker parts of human nature where it’s civilization vs. savagery and the mob vs. morality.

This year we are performing in the beautiful Lyttelton Arts Factory space, 1 Sumner St. Lyttelton. It will now perform twice on Saturday 18 September. 2pm Matinee and 7pm Evening Performance.

Tickets available from https://www.eventfinda.co.nz/…/lord-of-the-flies/lyttelton or for more info email tickets@aotawhiti.school.nz

Ao Tawhiti is a special character state school based in Christchurch’s CBD. We have a fundamental tenet that the child is central in directing his or her own learning so that the enthusiasm and love of learning is retained. Our students value the choice, flexibility and respect that our style of education provides them